I am actually breeding the larva of Hydrobasileus croceus. I caught a H. croceus some time in April, and it has been living in my little aquarium for one and a half months. I have been feeding it with tadpoles, and it has reached matured stage. I've got the feeling that it will emerge in the next couple of days. I really keep my fingers cross wanting to witness the larval emergence. 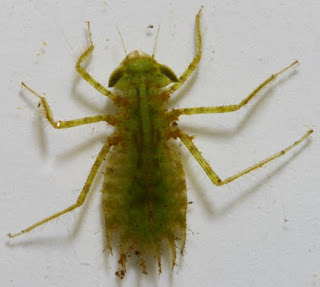 This picture was taken when the larva was caught some time in April 2010. The wing cases have still not yet developed. 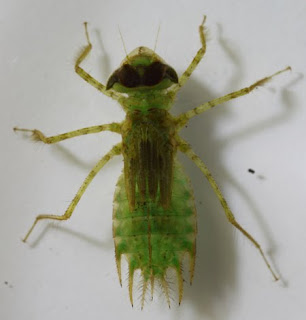 This picture was taken after the larva three times shedding its skin. The wing cases are now well developed.

P/S: The larva emerged on June 2, 2010 morning. It is very bad that I missed the emergence. I checked the larva at one o'clock morning, and it was still down at the bottom of the aquarium thinking that it would not emerge until tomorrow night. So, I went to bed thinking that I would get ready for the following night. To my horror, however, I saw the newly emerged male adult Hydrobasileus croceus at the aquarium around seven o'clock in the morning! I haven't got the luck this time.......