The last time I had my Odonata holiday in Taman Negara (Kuala Koh, Kelantan) was in April 2005. Time flies, and it has been more than 10 years for me to have my second Odonata holiday in Taman Negara (Pahang). I must thank Jabatan PERHILITAN for the cordial invitation. This time we entered Taman Negara from Kuala Tahan, Pahang. From Kuala Tahan to Kuala Kelapor (the camp site), we could still observe everywhere the scars and wounds from the destructive big flood which happened in the late December 2014.

We started our journey at Kuala Tahan in the early morning on 14 April 2015. We were on 4-wheel drives for 3 hours before arriving at a drop off point at Kuala Sat. Then, we took long boats on Sg Sat heading to Kuala Kelapor. The whole boat journey was only roughly 1 hour, but we had to get off boats at a few spots of low water level to push the boats. 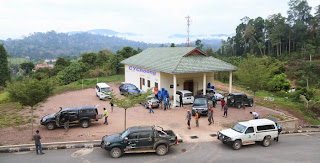 
Finally we arrived safely at the camp site at Kuala Kelapor in the early afternoon without much trouble. The camp site was located by Sg Sat. Therefore, our water supply (drinking, bathing, and even our toilet) was from Sg Sat. One thing I enjoyed much was to soak myself in the water of Sg Sat in the hot afternoon. 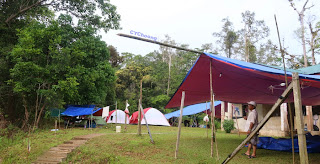 the camp site at Kuala Kelapor 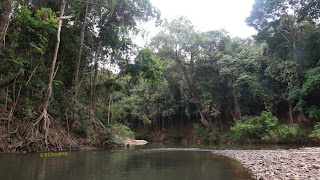 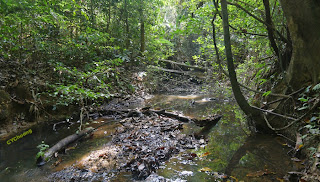 Sg Kelapor is a sluggish and slow flowing stream, and it is good for many Odonata species


It was flowering season for a few plant species during our visit there, particularly Saraca thaipingensis. The presence of the flowers definitely made the forest looking good. 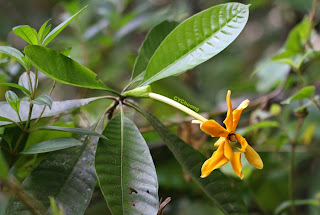 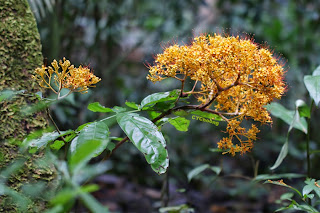 
One of the unexpected things that I encountered during the stay at Kuala Kelapor was the witness of the delivery of a new born baby bat (Kerivoula papilosa). It was so sweet to see the whole process of delivery. 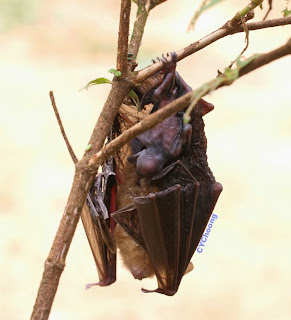 
My Odonata holiday went well, and I managed to record at least 50 species of Odonata during my stay at Kuala Kelapor. We departed from Kuala Kelapor on 22 April 2015........ 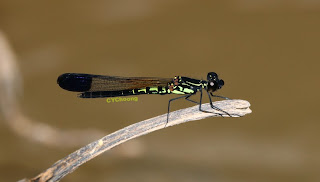 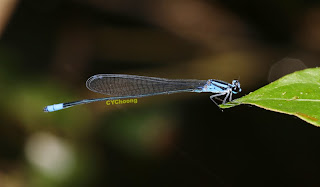 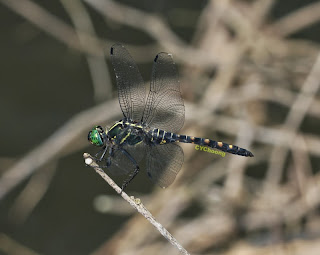 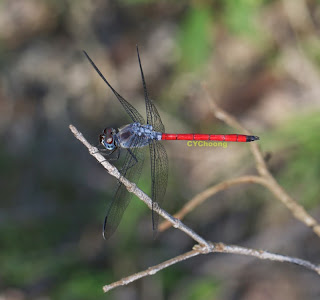 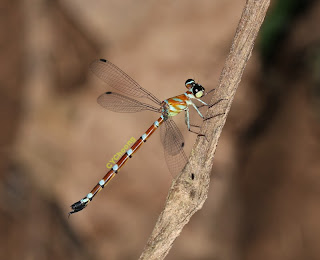 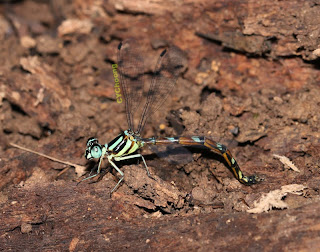