Kenaboi Forest Reserve is located in Jelebu District of Negeri Sembilan. The highest point of the Kenaboi Forest Reserve is Gunung Besar Hantu. I joined the scientific expedition to Gunung Besar Hantu organised by Jabatan Perhutanan Semenanjung Malaysia and Jabatan Perhutanan Negeri Sembilan. However, I did not climb up to Gunung Besar Hantu (1480 m). We stayed at the forest reserve for four nights. We drank the water from Semong River and bathed using the water from Kenaboi River. The water from the rivers is so crystal clear. I really enjoyed the expedition. One of the highlights of the Kenaboi Forest Reserve is the Lata Kijang (Kijang Waterfall). The waterfall is so high, and I was amazed by the beauty of the waterfall.

Of course, my main intention to Kenaboi Forest Reserve was to record the odonate diversity. Within the very short four days of field work at various locations of Kenaboi Forest Reserve, I managed to record 40 species including some rare ones - Onychogomphus castor, Onychogomphus thienemanni and Nepogomphus walli. There were plenty of Neurobasis chinensis, Heliocypha perforata, Euphaea ochracea and Vestalis amoena at Semong and Kenaboi Rivers. 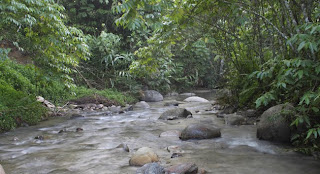 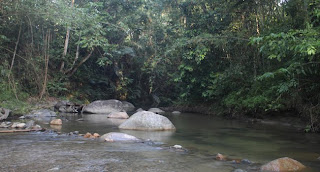 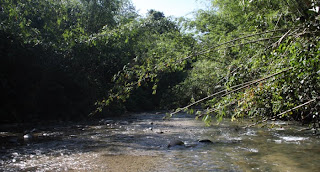 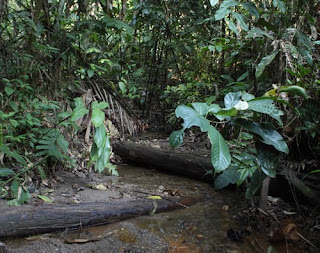 a tributary of Semong River 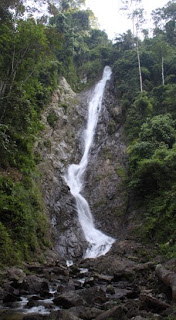