On 7 May 2007 I was at Sg. Beringin in Gunung Angsi Forest Reserve, Negeri Sembilan for Odonata sampling. The part of the stream that I did my sampling is rocky with close vegatation (see the habitat picture below). I spotted a few Drepanosticta fontinalis there. However, I was surprised to caught two male specimens of Coeliccia. 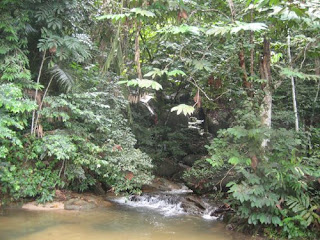 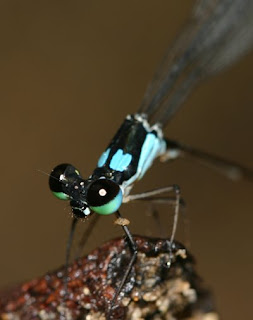 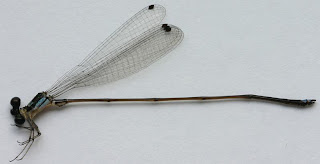 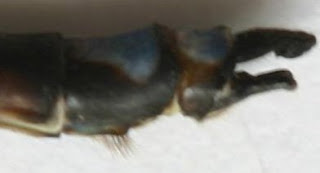 I contacted Bert (Dr. A.G. Orr) to sort out this mistery. Bert told me that none of the Bornean Coeliccia species match the specimens collected from Gunung Angsi Forest Reserve! Dr. Rory Dow was contacted by Bert to sort out the mistery as well. Rory is actually working on Coeliccia. Therefore, he shows great interest in the specimens. Both Bert and Rory thought that this could be a new species. However, after two weeks of intensive search, Rory came back with the news that this is actually C. kimurai which was described by Dr. Syoziro Asahina hiden somewhere in his book "A List of the Odonata from Thailand" published in 1990 . Asahina (1990) mentioned that Y. Kimura collected two specimens (one male and one female) from Yala Province of Thailand (southern part of Peninsular Thailand) in 1988 which happened to be a new species. Asahina honoured the new species after Kimura.

So, my catch of kimurai is in fact exciting on two counts. The second location of the species is far down into Peninsular Malaysia, which may indicate that the species is wide spread but extremely rare because only four specimens (two in Thailand and two in Malaysia) have been collected so far. My catch on kimurai in Gunung Angsi Forest Reserve would be the first encounter of the species after 20 years of its first appearence! The presence of kimurai in Negeri Sembilan is in fact a new record for Malaysia.