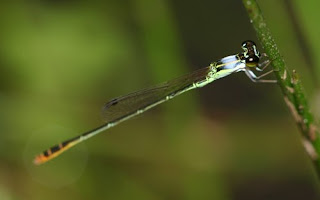 A half mature male individual