I was away to Mulu National Park, Sarawak, joining a scientific expedition organised by Sarawak Forestry Department. The journey to the Mulu Park was adventurous, and we spent 10 days in the deep forest to study the biodiversity of the northern Mulu Park.

Located at the northern Mulu Park is Mentawai River, of which it could be easily accessed by long boat through Mendalam River. Nevertheless, Mentawai River is rather sallow, particularly in dry season. 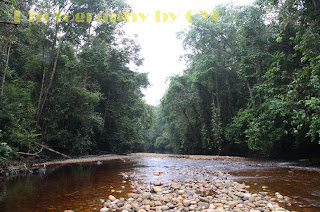 upstream of Mentawai River; water level is low at upstream


In order to reach Ulu Mentawai sub camp (upstream of Mentawai River), boat push-pull was needed throughout the 6km waterway. I lost count how many times we needed to get off the boat for boat push-pull along the 6km journey. 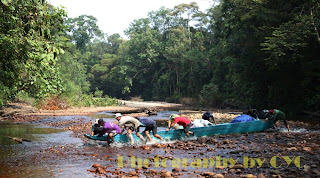 boat push-pull to get through shallow water along Mentawai River


At certain parts of the river, we might need to remove small stones from the river bed to create a deeper passage so that the boat push-pull became easier. 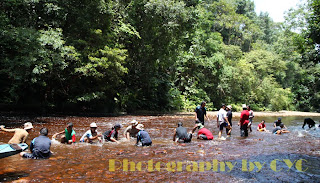 
Fourteen of us (including four boatmen and two cooks) stayed at the Ulu Mentawai sub camp for five days and four nights. Our little hostel in the sub camp was cosy enough to keep us warm and safe throughout the stay. 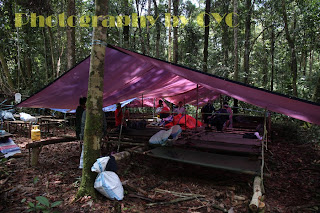 
We had a nice little table at the sub camp for dinning, and the very same table was also used for sorting out our daily hunts. 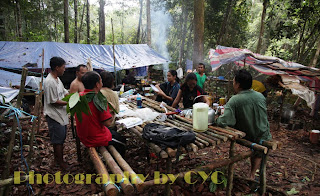