I had the opportunity to join the Exploration of Chamah Highlands organised by Jabatan Perhutanan Kelantan (Kelantan Forestry Department) and Universiti Malaysia Kelantan. The exploration was held on July 24-29, 2011. We all camped at a site with an evelation of 720 m from sea level. I really enjoyed the cool weather at this altitude. I was at Chamah Highlands for Odonata survey. 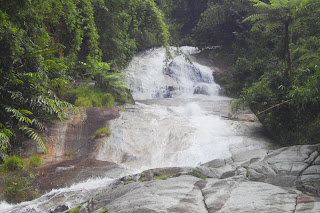 an un-named waterfall near the camp site 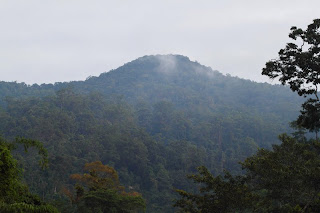 One of the things that attracted my attention is a plane wreckage at the Chamah Highlands at an evelation of 820 m from sea level. The plane named Royal Dakota was on its way to this remote forest to delivery supplies to the Orang Asli living in this area in 1950. The Royal Dakota carried 12 persons including the pilot - 11 Britons and one Malay. Unfortunately, it clashed due to its engine failure. The Orang Asli burried eight bodies near to the plane wreckage, and the other four persons were still missing. The plane wreckage was only rediscovered in 2008 by army.... the plane wreckage and the burial ground had been sleeping for almost 60 years deep in the forest before being rediscovered by people from outside. 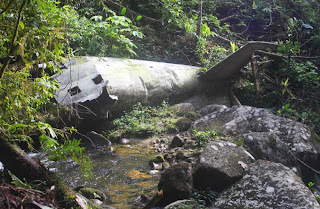 the plane wreckage in the Chamah Highlands