I was on a scientific expedition at Kota Damansara Forest Reserve (KDFR), Selangor the last couple of days. KDFR is an island logged-over forest sitting in the middle of Kota Damansara township. This 600-ha forest reserve is surrounded by highway and residential areas. Nevertheless, KDFR contains some lakes and small streams which support some Odonata species. Our group (Odonata group) managed to record 48 Odonata species in KDFR. 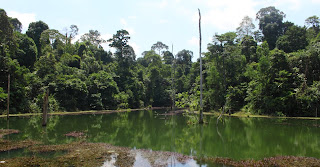 one of the few lakes within KDFR 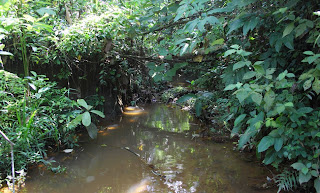 one of the few small streams within KDFR