The Libellulid Larva Has Emerged!

I posted an entry on the libellulid larva on 12 December, 2008. One of the libellulid larvae that I caught emerged last night. Now the species identity of the larva has finally revealed. It is an Agrionoptera sexlineata. I wouldn't be surprised as I have seen quite a number of A. sexlineata adults hanging around the habitat. 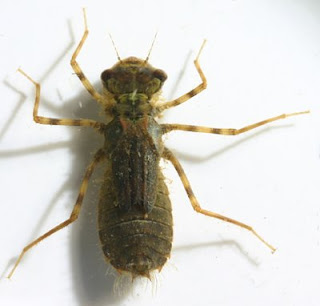 this larva image was taken nine days before the emergence; a female larva 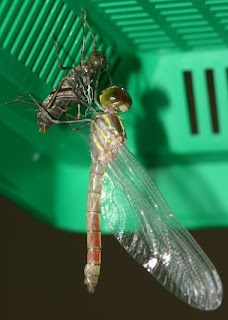 the larva has finally hatched; it is a female A. sexlineata; the newly emerged adult still has its wing close 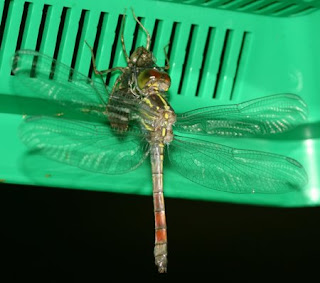 the newly emerged adult finally has its wings open